If you would like to follow the Rufus Wainwright official webstore, then please enter your name and e mail address below. We’ll keep you up to date with latest products, special offers and discounts. We will not share your data with 3rd parties. Many thanks.

Unfortunately an error occured while processing your request. The details of the error have been logged and we are investigating.

If you continue to experience difficulties with our site, please contact customer support on: customerservices@bsimerch.com

Thanks for signing up to receive updates about our latest products, special offers and discounts.
;
United States - English (United States) 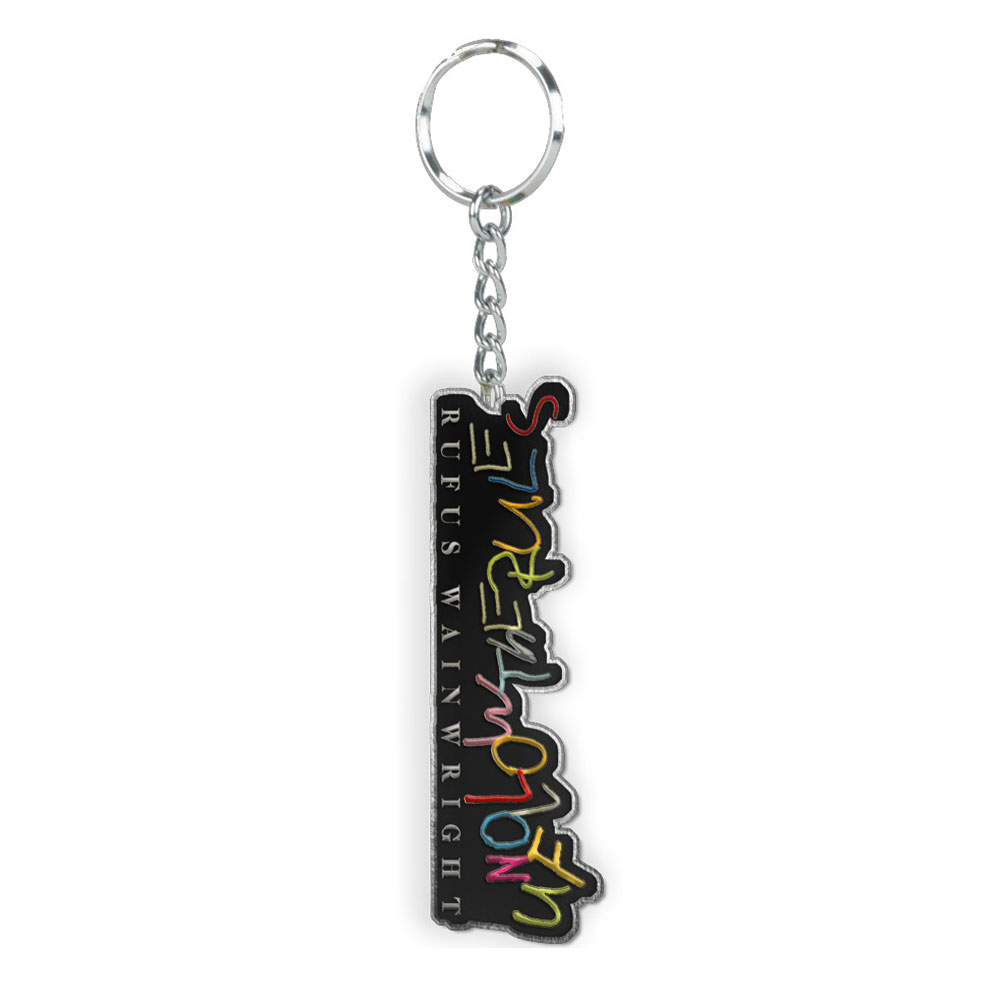 A singer/songwriter whose lush, theatrical pop harked back to the traditions of Tin Pan Alley, cabaret, and even opera, Rufus Wainwright was born in 1973; the son of folk music luminaries Loudon Wainwright III and Kate McGarrigle, his parents divorced while he was a child, and he was raised by his mother in Montreal. Beginning his piano studies at age six, by 13 he was touring with his mother, aunt Anna, and his sister Martha in a group billed as the McGarrigle Sisters and Family; a year later, Wainwright was nominated for a Juno (the Canadian equivalent of a Grammy) as Most Promising Young Artist, while his "I'm a-Runnin'" was concurrently nominated for a Genie (the Canadian countepart to an Oscar) for Best Song in a Film.

Coming out as a homosexual while still in his teens, Wainwright sought solace in opera throughout his adolescent years, also becoming an enormous fan of performers including Edith Piaf, Al Jolson, and Judy Garland. After attending the prestigious Millbrook School in upstate New York, he briefly studied music at Montreal's McGill University, eventually turning away from classical performance toward pop and rock. Becoming a fixture on the Montreal club circuit, Wainwright soon cut a series of demos with producer Pierre Marchand; Loudon Wainwright III then passed a copy of the tape to friend Van Dyke Parks, who in turn handed it on to DreamWorks exec Lenny Waronker. The label signed him soon after, resulting in the release of Rufus Wainwright during the spring of 1998. The album landed on several critics' "Best of 1998" lists, while Wainwright spent the next few years touring and appearing sporadically on soundtracks (Shrek) and compilations (The McGarrigle Hour). His sophomore album, Poses, brought similar acclaim in mid-2001.

After spending much of 2001 and 2002 touring on his own and with Tori Amos, Wainwright settled into Bearsville Studio, in Woodstock, NY, with producer Marius de Vries to record sort of a double album. The first project, Want One, was released in September 2003, with Want Two following a year later. In 2007, Wainwright released both Release the Stars and Rufus Does Judy at Carnegie Hall.